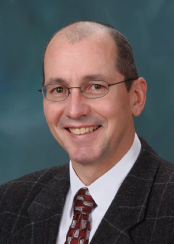 Nearly everyone working in environmental science has been engaged in some way with the matter of climate change. Among customers of Campbell Scientific, I know and respect those who view current circumstances as a small blip in geologic time, and who point to a lack of consequential evidence of adverse effects from higher levels of carbon dioxide in the atmosphere. Others, whom I also know and respect, point out the peril of our current circumstance, very likely man-made, and the irreversible worsening of conditions conducive to human habitation, as indicated by some models. Considering these differing views, I am sometimes asked what I think we should be doing. Let me suggest three things that occur to me.

While there are differing views of science and public policy among individuals and nations, nearly everyone agrees that we should deepen our scientific knowledge of climate change causes and effects. As our scientific understanding increases, it is more likely that public policy will galvanize around the right direction. Another reason to continue to study is because we are better able to make observations and narrow the bands of uncertainty in models now than we were a few decades or years ago. For example, the relatively new and modern US Climate Reference Network is designed with the intent of making consistent measurements over decades to come.

We have been fortunate to enjoy combustion of fossil fuels without worrying too much about the emission of greenhouse gasses. The move to other sources of energy or the capture of harmful emissions will take significant research and development in advance of the investments in operational power plants and equipment. Moving to alternative and renewable energy sources might alleviate both ecological and political stresses. Our challenge is to find ways of doing it without introducing economic stresses.

I participated in a carbon-flux workshop in Asia last year. As a panelist, I was to represent the view of an American businessman to participants, including a number of student members of an on-campus carbon tracker association. In preparation for the workshop, I asked a student intern to help me research my company’s carbon footprint based on utility billings going back 10 years. Decatherms of natural gas and kilowatt-hours of electricity were converted to equivalent annual metric tons of carbon dioxide emissions. It was interesting and a bit discomforting to observe that the company is less energy efficient in our facilities and manufacturing processes than we were 10 years ago. I now have a heightened awareness and greater willingness to invest in buildings, processes, and equipment that are more energy efficient.

While nearly all of our marketing groups are supporting some customers working on an aspect of climate change, there are two groups that I would like to specifically mention. For many years, our Flux group has supported scientists studying processes that involve gas exchange at the earth’s surface. Measurements of interest include water vapor, carbon dioxide, methane, isotopic ratios of atoms of a select gas, nitrous oxide, ammonia, and others. The understanding available to scientists of carbon and nitrogen cycles is expanding, and narrows the uncertainties about anthropogenic climate change and suggests possible improvements in agriculture and industry.

The second group I want to mention is our Renewable Energy group, formed in 2009. This group gives increased focus to customers working in solar, wind, and geothermal energy. It is exciting to see the enthusiasm among both customers and our application engineers in this area.

With high-fidelity measurement capabilities, Campbell Scientific will continue to play a role with our customers as they assess resources, monitor performance, and track the health of the earth’s ecosystems.